Why Your Dishwasher Detergent is Not Dispensing 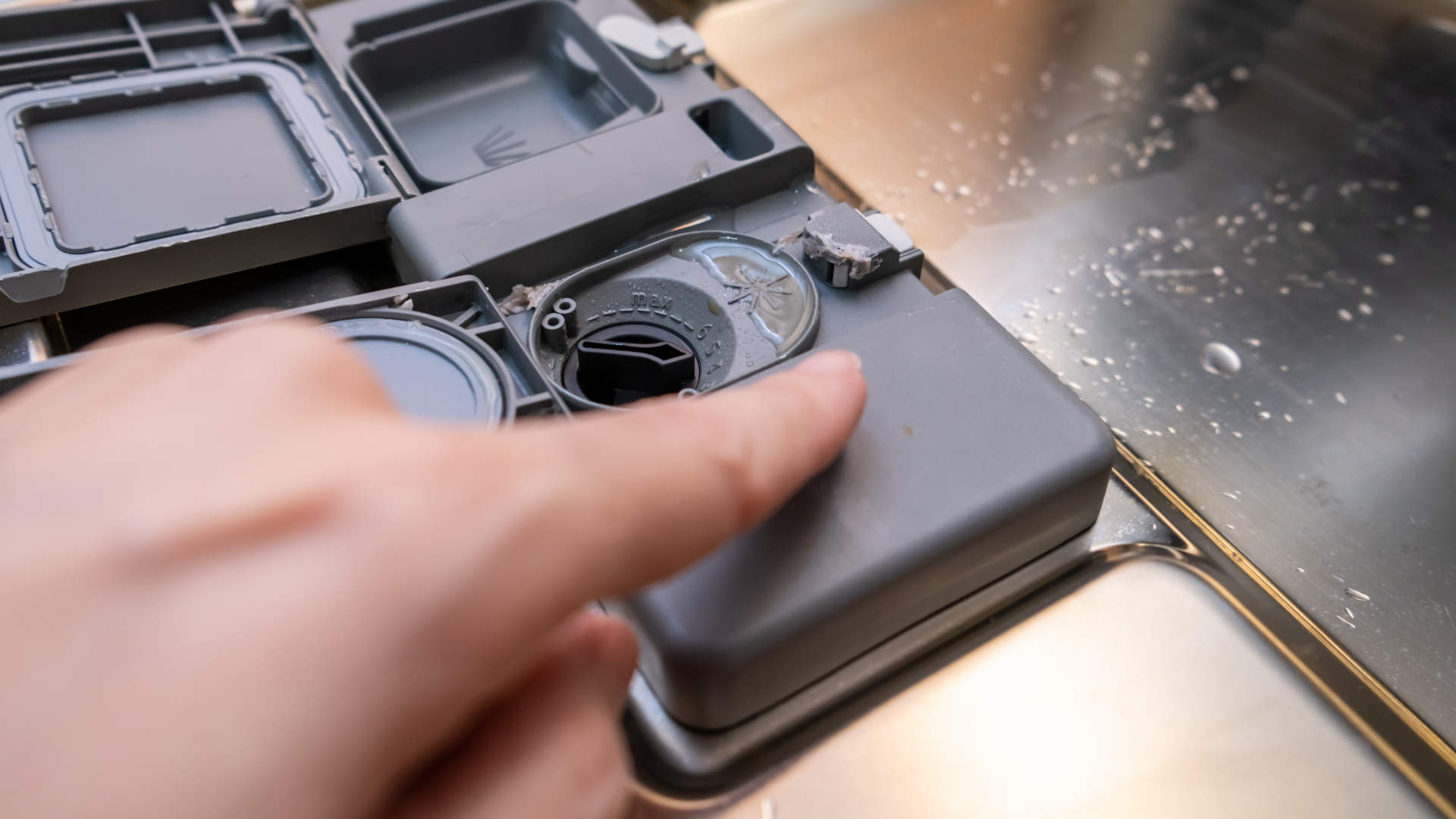 Dishwashers are an interesting combination of forces. Water sprays through spinning arms and soap is dispensed into the chamber at just the right moment to suds an entire load of dishes. In an hour or less, the moving water pressure, detergent, and heat have rendered your dishes clean enough to eat from again and left no mess behind. Unless, of course, your dishwasher is not functioning the way it’s supposed to.

The first thing to check for is accidental and avoidable causes. Mainly, check to see if the way you load the dishwasher blocks the soap hatch. Large pans and cutting boards have the potential to press up against the dishwasher door when the door is closed. If this also presses against the closed hatch for the soap compartment, then the soap can’t open and therefore won’t dispense. You may notice that the latch is released and soap has dribbled out but was unable to fully enter the dishwasher cycle. Alternately, the pressure may have clicked the soap dispenser latch closed again after releasing it.

Soap Build-Up has Gummed the Hatch

Dishwasher detergent is a very thick form of soap designed to clean an entire load of dishes with a relatively small amount. If the soap is not completely washed away by the water in the dishwasher, it can gum up the hinges and the latch of the compartment. This can cause one of two problems. The first is a gummed latch. With dried soap filling the mechanism, it may be impossible for a latch mechanically released to actually open the compartment door. The second is that dried soap may have filled the hinges. This can also gum up the door and prevent the soap from dispensing during the dishwasher cycle.

The rinse aid compartment of your dishwasher is more delicate than most. It is designed to fill and very slowly release rinse aid during the end of the wash cycle. However, if the cap is not attached correctly, it can interfere with the functioning of the detergent cup as well. We recommend removing your rinse aid cap and carefully re-securing it. Make sure that the cap is undamaged when you remove it and then align it properly in the threads so the cap sits flush with the rest of the soap dispenser assembly.

The problem could also be purely mechanical. When the latch is released on the dispenser, the door is supposed to spring open due to a combination of the door spring and hinge pin. However, if one or both of these components are broken, then the door to the soap can’t spring open. As a result, the soap compartment may become loose, but the soap won’t be open and exposed to the spray of water that is supposed to get it mixing with the dishes. This is another case where you are likely to find that the soap dispenser is unlatched and open, but the soap has merely run down the inside of the dishwasher door.

You can often determine that the spring or hinge pin are the problems by moving the soap dispenser door by hand. If you feel resistance to closing the latch and the door springs open when you let go, there’s no problem. If you don’t latch the soap but the door stays closed when you let go, the hinge is likely loose or damaged and will need to be replaced.

When your dishwasher timer determines that it’s soap-time, there is a special mechanism that triggers the opening of the latch. In some dishwashers, this mechanism is the wax motor. A wax motor is a very small, waterproof motor whose sole job is to turn a trigger that opens the soap compartment latch. If the wax motor breaks or burns out or is otherwise disconnected, the latch never releases because the trigger is never turned.

In other dishwashers, you may find a bi-metal release. This is a small mechanical clip that is designed to translate an electrical current into a small movement that releases the dishwasher soap latch. Just like models with a wax motor, if the bi-metal release is damaged or disconnected, then it won’t be able to release the soap and your dishes will not get clean. In either case, you will need to replace this critical triggering element of the soap dispenser assembly.

The final culprit is your dishwasher control timer. If the timer is not functioning properly, then the stages of dish-washing will not be triggered properly. Often, a faulty control timer will have other signs of misbehavior as well, since the timer affects every part of the washing cycle. However, the soap dispenser might be the sign you notice first. If the timer does not trigger the soap dispenser, naturally the latch can’t open for soap to be released.

Should you rule out all other possibilities, the most likely solution will be to replace your dishwasher control timer and start with a working central component. From there, your dishwasher should return to functioning normally.

—Fixing the faulty soap dispenser in your dishwasher is a surprisingly involved task until you hunt down the cause. From there, it’s only a matter of ordering your replacement part and deciding who will wield the screwdriver. If you or someone in your home is handy with appliances, carefully approach the idea of replacing your detergent dispenser assembly or related parts. Otherwise, contact us and our appliance repair technicians will gladly assist.