Fixing an Oven That Won’t Turn on After Self-Cleaning 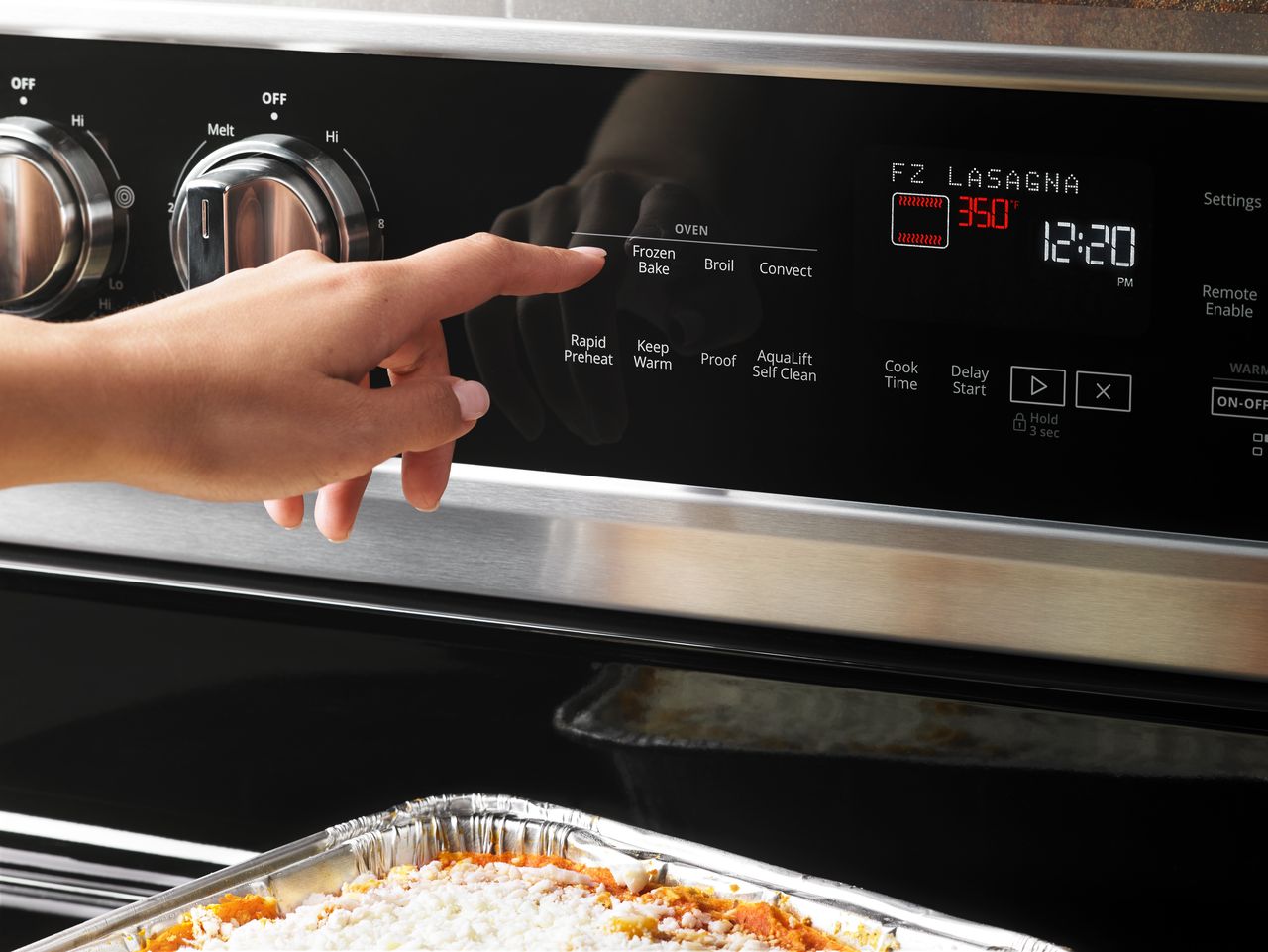 Self-cleaning ovens are one of those conveniences that sound quite nice on paper, but actually, come with a long list of potential problems caused by that same self-cleaning feature. What many appliance owners don’t realize is how exactly a self-cleaning oven does its cleaning cycle. In order to remove built-up grease and food particles, the oven runs itself of upwards of 500 degrees, or the very maximum temperature the oven can safely reach without being a downright fire hazard.

While this cycle is usually pretty successful at burning away all that build up, it is not without cost. By running at its maximum temperature, the oven is putting itself at risk. It is not meant to run that hot for as long as the self-clean cycle lasts. While your oven may be able to endure a few self-cleans, the more the feature is used, the more likely it becomes that one day, your oven just will not turn on again after the self-clean cycle.

While it is generally best to avoid using self-clean and cleaning your oven with old fashioned elbow grease and approved cleaners instead, if your self-clean function has resulted in a non-functional oven, here is what you can check to see if you can get it running again.

Assuming you have already restarted your oven by disconnecting and reconnecting power, we’ll tackle some more specific components that could cause the issue. If your oven doesn’t start up after you have finished a self-cleaning cycle, what you really will want to check is all parts with the potential to be damaged by the high heat. The wires and the thermal fuse are the most at risk, but even items such as the control board of your oven can be damaged by the residual heat.

Waiting To Unlock The Oven

If you have run the self-clean, but you are not yet encountering an oven that won’t start, instead you find an oven door won’t open – wait. Your oven is designed that when the self-cleaning cycle is running, the door is locked so it won’t be opened and cause a hazard. This locking will extend even after the heat has been cut off to continue to keep others safe. The door will be locked until the oven is cool enough. So if this is your issue, you simply need to wait. Since the door can’t open to dissipate the heat quickly, it will take longer to cool down as the heat comes out through the oven vents.

If the problem still persists after hours of waiting, you can try turning off the power to the oven via the circuit breaker for a minute before turning it back on. After which, the oven will reset and the door should unlock.

If you have never removed your oven from its alcove or taken the back panel off your range, but there is a bit of wiring in the back behind the oven tub. This wiring connects the oven’s crucial parts to the control board. While this wiring is insulated to withstand the residual heat coming from the tub in front of it, over time this insulation can wear down and the wiring can be damaged.

If you are a frequent user of the self-clean, when the oven ceases to function, this should be the first issue that is checked after a tripped fuse. Damaged wiring will be very obvious upon visual inspection. Any sign of heat damage will mean it needs repair. Unfortunately, the only repair for this issue is the replacement of the damaged wires. Typically this means just getting new wire harnesses that are approved by the manufacturer of your oven.

The thermal fuse is a part of your oven that is good for only one use. Once it has tripped, it will need to be replaced with a new one. Some models may have one you can reset, but this is typically more common in dryers than ovens since a fuse is tripped more often in a dryer. If it happens right after a self-clean, typically there is not a reason to check for why it was tripped as the oven grows very hot during this cycle. A new thermal fuse should fix the issue quickly.

Like the wiring in the back, the rising heat from the self-clean cycle can ultimately result in a damaged control board. However, unlike other issues, control board damage can manifest in a dozen different ways. It is the brain of your appliance, and when that brain is damaged, it can cause a number of issues, non-function included.

It is likely that instead of just completely not working anymore, you will see symptoms of damage such as a display not working, inaccurate temperatures, and heating element problems. You can test for power to the control board via a multimeter as well as do a visual inspection for bubbling, warping, and other heat-related damage.

While replacing a control board seems like it is one of those complex repairs, it is actually fairly simple. Usually, the most difficult parts of this repair are reaching the control board, which means some disassembly of your oven, and making sure the wiring is plugged into the correct spots. Otherwise, it is as simple as removing the mounting screws from the board and mounting a new one.

How To Fix a Washing Machine That’s Making Loud Noises

How To Fix an Electric Stove That Isn’t Working

5 Ways to Deep Clean an Oven