What You Need to Know About Recent Midea Dehumidifier Recalls 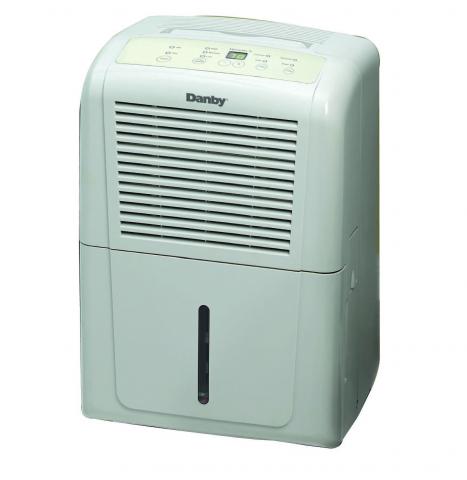 Authorized Service
October 15, 2018
Product Recall
While major products and home appliances are frequently recalled due to safety concerns, it is not uncommon for many consumers to be unaware of these recalls. This is primarily due to the fact that most recalls do not receive major media attention unless they involve high-profile recalls such as the ongoing recall of Takata airbags, which has now been expanded to cover more than 37 million vehicles in the U.S. This makes it vital that consumers do their research and stay on top of recall announcements in order to ensure the safety of their household.
It is for this reason that you will not be alone if you were unaware that there have been several major recalls of dehumidifiers in recent years. Combined, these recalls include over 5 million dehumidifiers sold by large corporations nationwide. It is then critical that you read on to learn more about these recalls and the units affected if you or a loved one owns a dehumidifier.

The largest dehumidifier recall in recent years involves nearly 3.5 million units manufactured by Midea Air Conditioning Equipment Ltd. and sold under various major brand names nationwide. On November 2, 2016, Midea announced this massive recall due to the fact that the recalled units can overheat, smoke, and even catch fire, posing a serious fire and burn hazard to consumers. At the time the recall was first announced, 38 accounts of dehumidifiers smoking and catching fire had been reported to Midea. These incidents have resulted in a combined 4.8 million dollars in property damage; however, there have been no reports of injuries resulting from the recall.

After reading about the severity of the Midea recall, you may no doubt be wondering how you will know if your dehumidifier is one of the affected units. This recall covers multiple models sold under many major brands including Airworks, Alen, Arcticaire, Arctic King, Beaumark, Coolworks, ComfortAire, Comfort Star, Continental Electric, Crosley, Daewoo, Danby, Dayton, Degree, Diplomat, Edgestar, Excell, Fellini, Forest Air, Frigidaire, GE, Grunaire, Hanover, Honeywell, Homestyles, Hyundai, Ideal Air, Keystone, Kul, Midea, Nantucket, Ocean Breeze Pelonis, Perfect Aire, Perfect Home, Polar Wind, Premiere, Professional Series, Royal Sovereign, Simplicity, Sunbeam, SPT, Sylvania, TGM, Touch Point, Trutemp, Uberhaus, Westpointe, Winix, and Winixl. Models affected include 25, 30, 40, 50, 60, 70, and 75-pint dehumidifiers.
Due to the scale of this recall it is not feasible to list all of the recalled model numbers here; however, if the above description leads you to believe that your dehumidifier may be affected by the recall you can enter your unit’s serial number here to determine whether or not it is one of the recalled models. The brand name, model number, capacity, and manufacture date are printed on the back of the dehumidifier. These units were sold from 2003 to 3013 at Amazon.com, Lowes, Menards, and other stores nationwide for between $100 and $300.

Unfortunately, this is not the only major recall to affect dehumidifiers produced my Midea in recent years. An earlier recall was announced in April of 2014 that affected a smaller number of units that were sold under the GE brand. Here is an overview of what consumers need to know about this earlier recall.

However, Midea has not been the only major manufacturer of dehumidifiers to be plagued by recalls in recent years. Gree Electric Appliances, which manufactures dehumidifiers for major brands including Danby, Fedders, Frigidaire, GE, Kenmore, and Seabreeze, announced a major recall of dehumidifiers in 2013 that has since been expanded to include nearly 2.5 million units. These units have been recalled due to the fact that they can overheat and catch fire.
As recently as November 2016, Gree had to re-announce this recall as the number of incidents reported has continued to rise. As of the last announcement, over 2,000 incidents have been reported resulting in a combined damage of nearly 20 million dollars. Follow this link to learn more about this massive recall, as nearly 100 models have been recalled across over a dozen brands.

Learning about these recalls can be concerning as you may be unsure of what your next steps should be. If you believe that you own a recalled dehumidifier, the most important thing for you to do is to unplug the unit and stop using it immediately. As long as you unplug and stop using the unit you should not have to worry about it starting a fire. Your next step would then be to contact the manufacturer (Either Midea or Gree), and they will be able to help you confirm whether or not your dehumidifier has been recalled. If your dehumidifier is determined to be one of the recalled units, the manufacturer will likely offer to repair, replace, or refund the unit depending on the terms of the recall. With any recall, you need to contact the manufacturer directly rather than the retailer or a repair technician, as the manufacturer will provide a free repair or replacement. However, feel free to contact Authorized Service for any other appliance repair needs that you may have in Dayton, Ohio.
Sharing