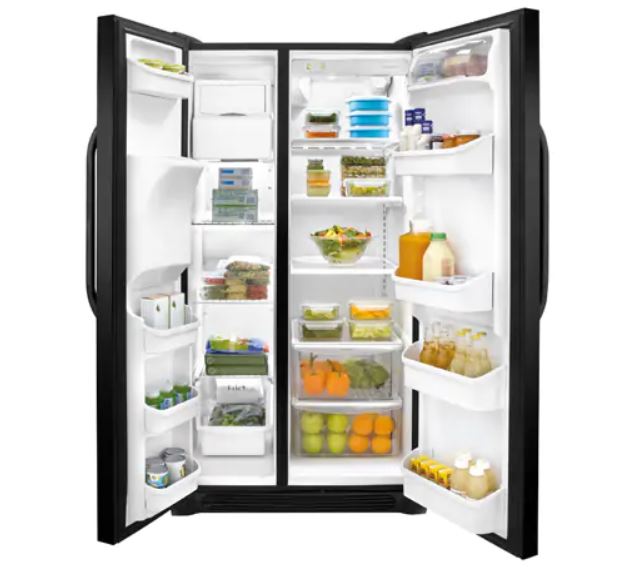 The convenience of having a water dispenser on your Frigidaire refrigerator model FFSS2314QE is often overlooked, that until the handy component stops working. Unfortunately, a non-functioning dispenser can be caused by a couple different malfunctioning parts. If you’re wondering what’s behind your water dispenser malfunction, don’t worry, the guide provided below will help you figure out which part is the possible culprit, and how you can fix it

avoid electrocution, unplug your refrigerator from the wall and turn off the water running to your appliance. It is strongly recommended you wear work gloves and safety goggles to protect your hands and eyes from sharp objects as you repair your fridge.

How to Replace the Water Dispenser Actuator in Your Frigidaire Refrigerator

How to Replace the Dispenser Switch in Your Frigidaire Refrigerator

The Water Inlet Valve controls the flow of water entering your refrigerator. If the valve is malfunctioning, water will not reach your dispenser. Unfortunately, replacing the inlet valve is the only way to resolve the problem.

A Clogged Water Filter is another potential culprit. If you don’t change the filter at least twice a year, debris can cause an obstruction, which will reduce the water flow to your dispenser. If you haven’t switched out the water filter in your refrigerator for over 6 months, we suggest doing it as soon as possible

the water dispenser in your Frigidaire refrigerator is no longer working or the stream of water coming out is noticeably reduced and you can’t figure out why, please contact us today and we’ll be happy to diagnose and repair the malfunctioning component.

Can You Put Saran Wrap in the Microwave?

Samsung Refrigerator Not Making Ice? How to Fix It

Why Is The Dishwasher Not Drying The Dishes Properly?

How to Deep Clean a Freezer

How To Wash White Shoes in the Washing Machine

How To Clean a Maytag Washer

Freezer Working but Refrigerator Isn’t Here’s What to Do