Stop the Leak: How to Replace Your Whirlpool Washer Door’s Bellow Seal 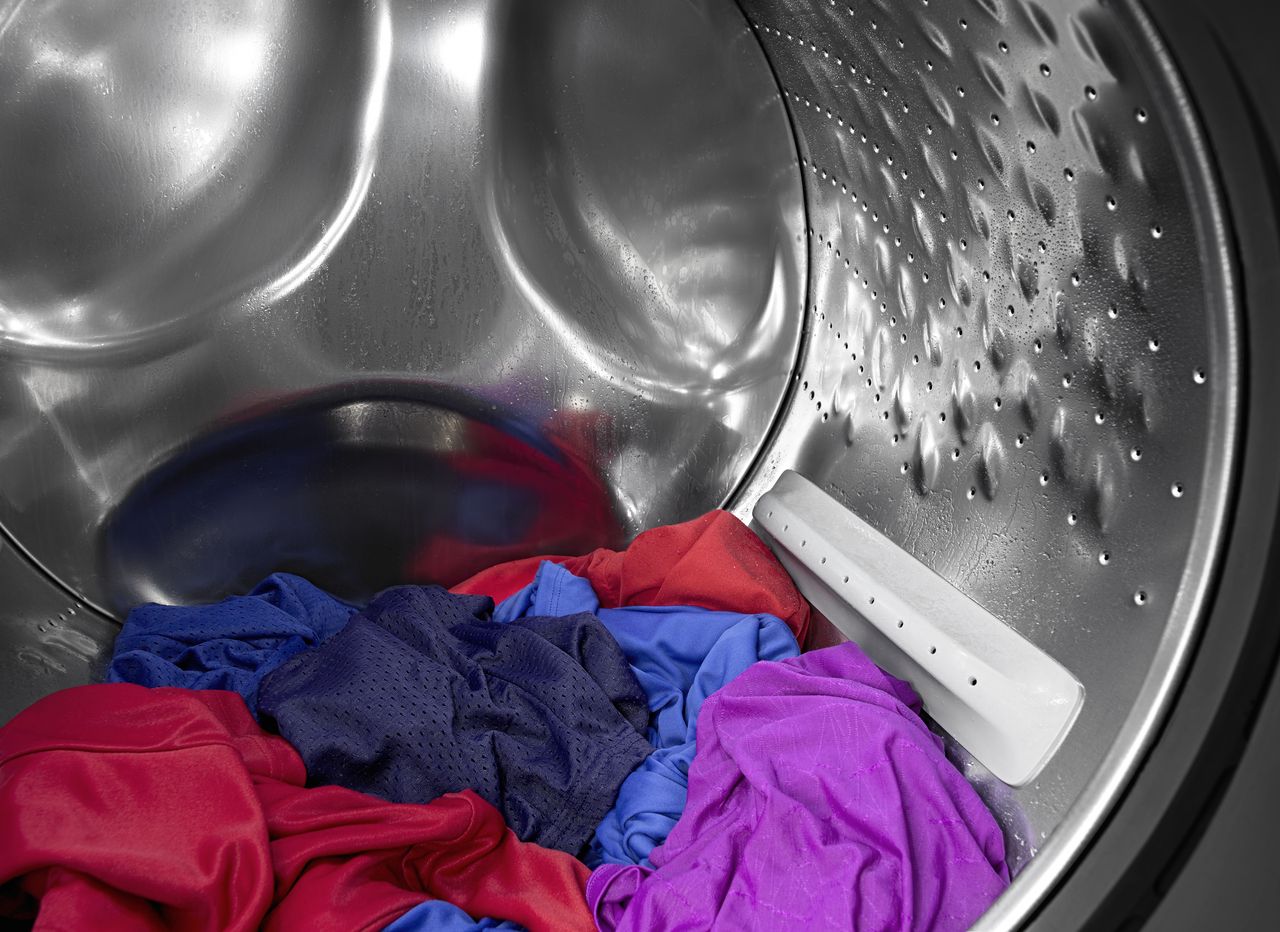 If the front of your washer is leaking, check the bellow seal around the outside of the tub first. This part can get torn or damaged over time. Once it has a hole or a rip, water can start to pour out of the front-facing tub during the wash cycles. To repair the appliance yourself, all you need to do is order a new door bellow seal (part #WPW10111435 for most front-facing Whirlpool washers). Then follow these steps:

During the course of this repair, you will be dismantling the front of your washer. Unplug the appliance to keep yourself and the work area safe from electrical shock.

2. Dismantle the front of the washer.

Remove the screws securing the top panel at the rear of the machine. Lift up the back edge slightly, then pull the panel forward to release it. Then you can lift the top panel completely free and set it aside. Remove the detergent compartment at the front of the appliance. All you have to do is pull it open as far as possible and press down the release tab in the back left corner. Once the compartment has been released, you can pull it out the rest of the way and set it aside.

After that, remove the clamp inside the bellow seal. Most of the clamp is just a thin wire, but there is a spring at the bottom of the seal. Pry the clamp out towards you with a flathead screwdriver, starting at the spring and then working around the edge of the tub

the exterior edge of the bellow seal out of position and push all of the loose bellow seal material into the washer’s tub. None of it should remain connected to the front exterior panels.

During this step, you will be removing the front panels. Start by removing the three screws along the bottom edge of the bottom panel. Then lower the bottom access panel to free the top edge and set the panel aside.

Next, remove the four corner screws securing the main front access panel. Hold the front panel in place as you remove the last screw so it doesn’t fall down or put pressure on the locking tabs. When the screws have been removed, pull the bottom up at an angle, lower it free of the top groove, and set the panel aside.

First, remove the inner bellow clamp. Locate the screw that can enlarge the clamp, and loosen it to relax the clamp’s tension. Then pull the clamp away from the away from the groove inside the bellow seal

, pull the bellow seal out of the groove around the edge of the tub. Pull out the old seal entirely and set it aside.

it’s in place, add the clamp back around the groove to hold it tightly against the exterior tub lip. Pull the two ends of the wire close together on the left side of the seal and retighten the screw to connect the ends. Keep tightening until there is enough tension to hold the clamp securely in place. Pull on the seal to make sure it is tightly in position.

First, reattach the main front access panel. Lift the top edge into place behind the bottom lip of the console frame and then push it flush against the front of the appliance. Hold it in place as you tighten the two top screws. Then retighten the two bottom screws

After that, reposition the door switch. Reach between the seal and the front access panel to grab the switch assembly. Push the black box back through the hole. Hold the assembly in place as you tighten the screws above and below it

position the bellow seal against the front panel. Find the exterior groove of the bellow seal. Push it in place against the edge of the front access panel, and work inch by inch around the access panel opening to make sure it is firmly in place. Once the seal has been pushed into the groove, add the second wire clamp. Push the spring into place at the bottom of the seal. Then, working counterclockwise, press the clamp into place as much as you can by hand. The last quarter of the clamp will be too tight to just push into position. So use a pair of pliers near the right end of the spring to extend the clamp and pull it securely around the remainder of the tub edge. Once it’s in position, release the spring and the clamp will tighten securely. Next, reattach the console panel. Lift it up without stretching the wires and place it into position flush against the front of the appliance. Make sure the right locking tab pushes into the hole and the lock engages. Then snap the rest of the console panel into place and reinstall the two screws.

the detergent drawer back into position. You should hear the locking tab click as the compartment closes.

, reattach the top panel. From the rear of the appliance, slide the front into the groove and lower the panel into place. Tighten the screws along the top rear edge of the appliance to hold it in place. Once you push the washer back into place and plug it in, it should run smoothly without any leaks. Keep an eye on the machine during the first cycle to make sure the seal is completely in place. If you have any other repairs you need to make on any of your household appliances, go to Authorized Service here. We have more troubleshooting and repair guides, as well as expert repair technicians for difficult repairs.

Can You Put Saran Wrap in the Microwave?

Samsung Refrigerator Not Making Ice? How to Fix It

Why Is The Dishwasher Not Drying The Dishes Properly?

How to Deep Clean a Freezer

How To Wash White Shoes in the Washing Machine

How To Clean a Maytag Washer

Freezer Working but Refrigerator Isn’t Here’s What to Do